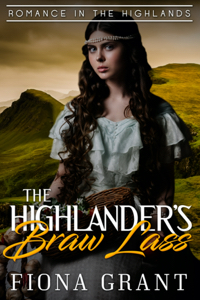 A rebellious lass who is forced to wed.
A groom still mourning his lost wife and child.
It’s not a recipe for a happy union in the Highlands of Scotland…

“That wildcat in the Chisholm clan,” is the way most people describe Mairi Chisholm. Mairi makes no secret of the fact that she would rather be out taking down a wild pig with her childhood friend Iain, the fletcher’s son, than plying a needle with the women.

Her father, tired of her rejection of one suitable match after another, finally presents her with an ultimatum: Marry Alastair Maclean or spend the rest of her life in the priory.

Mairi knows that she would never survive in a priory, locked away from her beloved outdoor pursuits. But nor can she endure the thought of a loveless marriage to Alastair, who has never stopped mourning the loss of his adored first wife Madeline in childbed.

Left without choices, Mairi becomes Alastair’s wife. Life is every bit as bad as she feared. Alastair’s sister Rhona clearly does not want to see her brother married to the Chisholm wildcat, and Alastair himself is as cold as the frigid wind that blows across the Highlands.

Mairi resolves to resign herself to the demands of the marriage bed, and devote her life to raising bairns with the love she was never shown.

But one day, she finds herself in more danger than she has ever known… and everything changes. 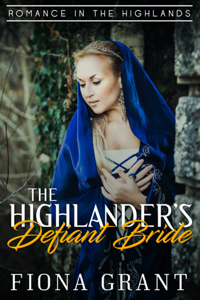 Rhona Maclean dreams of being swept off her feet by a highlands hero: a man who is handsome, strong, and brave and loves her more than life itself.

Those dreams collapse into ashes when she is stolen from her home one dark night and delivered into the hands of a warrior from a rival clan. Calum Stewart has long planned his revenge on the Macleans for the murder of his beloved sister and his brother, and he cares not for the feelings of one frightened lass.

Rhona finds herself in the hands of people who loved Flora and Jaime Stewart — and who hate her with a passion.
Warfare breaks out between the Macleans and the Stewarts and other clans take sides, with feelings running high. The King has to intervene, and Rhona becomes a pawn in Highland politics.

She is forced to wed Calum Stewart, her cold and vengeful captor. Handsome and strong he might be, but the hero of her dreams he is not.

Lonely, heartbroken and baited at every turn by Calum’s bereaved mother Moira, Rhona settles into her new life, bleakly certain that things could not be worse. Her new husband does not mistreat her, but nor does he love her. Her fate seems sealed.

But in the Highlands, tempers run hot, passions ignite and Fate has a way of stepping in… 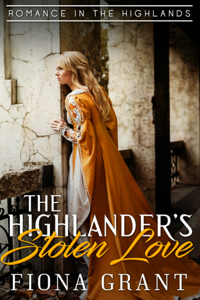 When Duncan Maclean and Caitriona Menzies first set eyes on each other at a Highland wedding, they fell instantly in love.

“I am yours,” Caitriona promised him that night. “Yours and no other’s.”

But Caitriona is not in charge of her own fate, and when her parents tell her that Duncan — a younger son with no title or lands — has been so badly injured in battle that he can be a husband to no woman, she finds herself given to Cormag MacPherson in marriage.

Cormag, however, is like the devil incarnate. He abuses his wife and servants, and Caitriona knows that if she doesn’t escape, she and her maid Jessie are doomed.

Fate takes a hand when power-hungry Cormag kidnaps the wife of Robert Stewart, and Duncan, still recovering from his war injuries, learns where his sister by marriage is being kept prisoner. He is stunned to discover that Una is not Cormag MacPherson’s only prisoner: Caitriona needs him desperately before it is too late.

Fighting against almost insurmountable odds, Duncan sets out to rescue his stolen love. Hurting from his wounds, tortured by Cormag, he has to face the battle of his life. 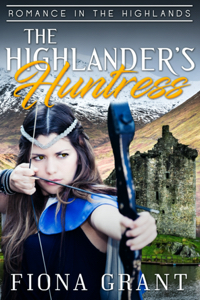 Isla Campbell likes nothing more than being out in the bracing wind and snow of the highlands, hunting or practicing her skills with a dagger.

Finlay MacGregor has spent most of his adult years as a warrior, fighting for his King or his clan, sating his appetites with tavern wenches and enjoying a wager with his friends.

Then one day, Finlay’s friend Malcolm MacGregor challenges him to a wager, but laughingly refuses to tell him the penalty if he loses. Confident, Finlay agrees… but when he does indeed lose, finds that his task is to escort Malcolm’s headstrong sister, Isla, on one last hunting trip before she has to face the distasteful task of choosing a suitor.

With bad grace, Finlay takes Isla out hunting, but after an accident ends up recuperating in the Campbell keep. Isla is his unwilling nurse, and although both feel the flames of attraction, they battle each other as much as his wound. It seems that they are fated to remain apart.

In a final showdown, Finlay has to prove himself worthy of his wild huntress. But can he give up his warrior’s lifestyle? 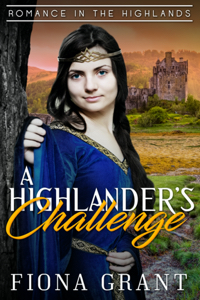 Hamish Maclean has overcome many challenges in his life, but none so difficult as the one that faces him now: how to win the trust of a woman who has borne too much mistreatment in her life. Jessie Gunn trusts no man — and has good reasons for feeling that way.

Renowned for his fierceness on the field of battle, and especially for the hot temper that has seen many a warrior quail, Hamish has been content to encourage the rumours that enhance his reputation. It’s to his benefit that other clans and warriors think twice before facing Hamish Maclean. Until now — when he yearns for a woman who abhors violence and thinks that Hamish is the embodiment of all she detests.

Hamish has never forgotten his first sight of Jessie Gunn. Then a quick-tempered youth with blood running hot in his veins from battle, he came across the young lass cowering in a dungeon: battered, bruised and covered in the blood of one of Cormag McPherson’s cruel guards, lying dead close by.

Jessie was then like a wild thing, ready to attack any male who came hear her. Now, six years later, she is content with her life in the service of her beloved mistress Caitriona, safe in the Maclean keep. She is adamant, however, that she has no use for a man.

Then disaster strikes, and once again Hamish and Jessie find themselves caught up in a war between clans caused by a woman’s need to defend her honour.

Hamish is distraught about bringing trouble to his clan, while Jessie is terrified that she will lose her freedom.

Laird Maclean has a solution — but will the troubled pair agree?