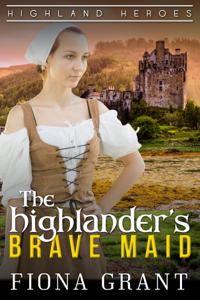 Gavin Hay is devastated when he learns that his parents, who have spent their lives in dangerous service to the King, have disappeared while on a mission.

He sets off to find them, not knowing whether he’ll be rescuing or bringing him their bodies — with his fey sister Isobel’s whispered parting words echoing in his brain: “Gavin, you must trust only a lass who is marked in scarlet, with hair like a lad…”

He finally arrives at the Menzies Keep, knowing that he must keep his wits about him with these known traitors, or he will be despatched as speedily as his lost parents.

But he finds an unexpected ally: the girl spoken of by his wee sister Isobel. Firtha, a lowly maid in the keep, is treated worse than the curs that scrounge around the muddy yard. But she is brave, and resourceful, and eager to help the son of Lady Hay, who was so kind to her.

But life in the Highlands is not easy, especially for a King’s spy. Gavin has to call upon all his strength and cunning to face his enemies and to find out the fate of his parents.

And Firtha? Dare she dream that one day she might be more than a maid to Gavin Hay? 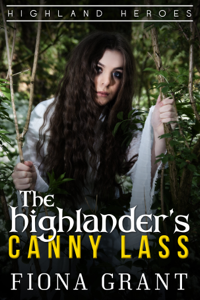 Mairead Hay is excited when her parents break the news that it is, at last, time to put her training as a spy into practice. She is not so sure, however, that her partner is to be a young man assigned to learn more from her father.

“A man I dinna know?” she says. “How can I be partners with such a person?” Her father had brought home many such young men before, men who had dreams of being a hero and ears too proud to listen to a lass…

But Tam Mackenzie is neither a callow youth nor too proud to recognize Mairead for the skilled spy she has become. Having already proven himself in service to the King, he has no need to strut like a peacock in front of a lass — even one that instantly captures his heart like this one.

Mairead, her father and Tam set off for the Buchanan Keep to find out why it has been so easy for English prisoners to escape while in Ailbert Buchanan’s care. Is he truly loyal to the King, or is there treachery afoot?

They have scarcely set foot in the Keep before trouble breaks out yet again. Mairead finds herself a captive, with only her wits and training to get her out of trouble… and a new partner who vows that he will protect her at all costs. 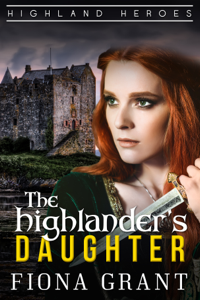 Anne Maclean is a highlander’s daughter: born of a proud clan — and, like her aunt and uncle, a brave and loyal spy for the King of Scotland.

The Maclean clan has many enemies, but none so vicious and determined to kill them all as Col Pearce, a King’s soldier who saw his career crumble by ill health after being wounded by Mairead Hay, Anne’s cousin. Col has vowed revenge, and does not hesitate when he gets his chance to kill Anne’s partner Hew and take her captive.

But while Col Pearce has been following Anne, he himself is under scrutiny for his cruelty not only to Scottish clans but the English as well. The King of England has tasked Wade Harland with finding Col and taking care of the problem… but Wade has also heard whispers of Col’s vendetta against the Hay and Maclean clans.

When Wade and his partner Robin find Hew’s body and evidence that Col Pearce has taken a woman, they set out to find him and rescue her. For Wade is convinced that the woman is Mairead Hay, a Scottish spy to whom he owes his life.

When he finds that the woman is not dark-haired, level-headed Mairead, but a flame-haired Scottish spitfire who hates the English with a passion, he has to work hard to make her trust him. Worse, he knows that Col has vowed to kill them both.

Wade and Anne find themselves not only fighting for their lives, but also fighting their feelings for each other… and denying a love that can never be.

An English Lion and a Scottish spy… their relationship is surely doomed. 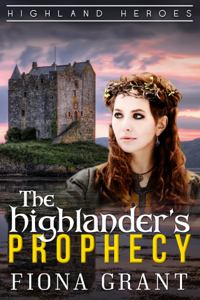 Isobel Hay is the youngest daughter of Owena and Rory Hay, an unconventional couple that have been loyal spies for the King of Scotland all their lives.

Their two eldest children, Gavin and Mairead Hay, have also proved themselves brave and loyal in service to the king — but flame-haired, blue-eyed Isobel is different. Her family have always known that their strange young daughter has been touched by the fay, but they are not prepared for her to be drawn into clan warfare surrounding the man she has always known she will marry — the rightful Laird Mackenzie.

Fergus Mackenzie was driven out of his home by the McGregors in a night of death and flames when he was but a child of eight summers, and hidden away by loyal servants until he is old enough to reclaim his heritage.

But on that dreadful night, so long ago, Fergus had a vision of a red-haired babe that he thought of as his salvation. Both he and Isobel, raised in different homes, have always known that they were meant to be together.

But ten weeks before Isobel is to wed Fergus, the warlike McGregors set fire to the Hay keep and steal Isobel away — along with her wee niece, Seona.

Now it is up to Fergus to unite the restive clans who may have reason to rise up against the McGregors and the Gunns, and rescue his Isobel before they decide she is of no use to them and kill her.

But will the clans support him? Are there enough of them? And… will he get there in time? 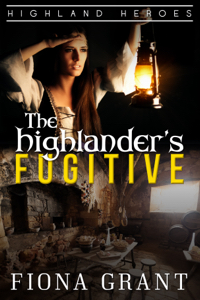 Accused of being a witch when a mother and newborn die under her care, Sorcha McLeod  is forced to flee with her childhood friend, Dermid Mackenzie, who rescues her from a frenzied mob of torch-bearing villagers.

Thanks to ugly rumors that have been spread about her, Sorcha realizes in despair that she has no chance of going back home to clear her name. But that fades into insignificance when she discovers that she and Dermid will not be able to find a safe harbor anywhere in Scotland. The fear of witches and witchcraft is too deeply entrenched throughout the land…

The pair keep running, and things get worse. When pretending to curse their hunters to effect to escape when they are cornered, Sorcha merely confirms what everyone now thinks of her.

All she ever wanted to do was to be a healer like her mother Maura, and work with the magic she feels flowing through her veins to help those who need her — mothers, babes, injured warriors, and sick villagers.

Instead, Sorcha and Dermid are forced to make their way even deeper into the wilds of Scotland, daring to trust no-one.

Will they ever escape this nightmare?